Skip to content
Home > Is Hollywood Being Too Overt in Whitewashing?
Published June 3rd, 2010 by James Valdez

Is Hollywood Being Too Overt in Whitewashing?

It's no apparent mistake in Hollywood for directors to tell actors how to give a certain look in a movie or on the stage. However, with “Prince of Persia: The Sands of Time” out in theaters and “The Last Airbender” soon to be out, I feel that it's become worse. In this short article, I will give my reasons as to why I dislike these movies listed and why I feel like the cinema has become uncomfortable for me recently. On my top five offense list:

1. Prince of Persia: The Sands of Time

Reason: Jake Gyllenhall is not Persian, yet plays a Persian prince. In the trailers they show exactly how Caucasian he is, and his character  has a British accent. Everything that is not Persian, his character is. According to the Associated Press, Jehanzeb Dar, a blogger, said that the “part really needed to go to someone who's Persian…it's not only insulting to Persians, but also to white people. It's saying white people can't enjoy a movie unless the main protagonist is white.” Being Hispanic (and knowingly making an appeal to ethnic justice) I'd rather see a Persian as well. If Disney didn't want to cast a Persian, they could have cast a Hispanic, since that could have been more palpable to the Persian community. It definitely would be more believable.

Reason: The setting is clearly inspired by Asia, yet two heroes are played by Jackson Rathbone and Nicole Peltz. I maintain the consensus that the studio and Mr. Shyamalan should have cast Asians in the lead roles instead of white people. While the studio maintains that there is diversity in the cast, most critics and fans have stated that the white-washing in this movie is just blatant.

Reason: The majority of the cast was white, while their real life counterparts were Asian. Also, the Asians that was in the cast was portrayed negatively. If anyone sees this movie on DVD do see the special features. It clears up some of the shadiness in the movie. Overall this is on my list because of the negative portrayal it lends to the Asians on cast. 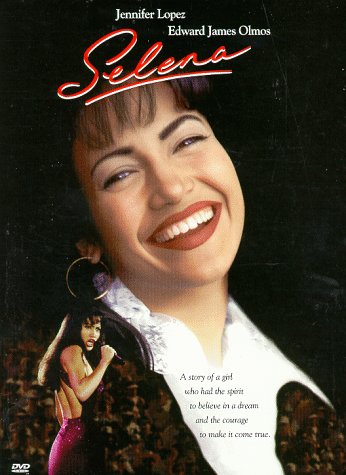 Reason: The studio went on a nationwide casting search. There was one mistake, however. They had already found the star, Ms. Jennifer Lopez, a Puerto Rican. I'm not spewing dislike of Puerto Ricans. Jennifer Lopez did a great job portraying Norteña/Pop singer Selena (a Mexican). However, there was no need to deceive so many of Selena's fans into auditioning and giving them false hope. It's not the casting that frustrates me. It's the deception of a casting search with an actress already on board that does.

Reason: I understand history, however there were more Hispanic actresses at that time besides Rita Moreno and Chita Rivera. While Rita Moreno was Anita, it's a shame that audiences at the time could stomach Natalie Wood as Maria.

Ultimately what I've tried to do is just state what I believe is an injustice. It's just some 20-something whining about pop culture, to an extent.  I'd like to close with a verse that is slightly overused: Micah 6:8 (NASB):

He has told you, O man what is good;

And what does the LORD require of you

But to do justice, to love kindness,

And to walk humbly with your God?

James Valdez is a 23 year-old graduate from Vanguard University, majoring in Christian Formation and Discipleship. He strongly believes that Christians can influence pop culture and that the Body of Christ is able to shine the light in a very confusing world. His interests are stand-up comedy, baseball and missions.