5 Proofs There Is God

Job 38:4  Where were you when I founded the Earth? Declare if you know understanding.

Not even a twinkle in my daddy's eye! I do not understand how God spoke and brought the universe from nothing. Scientists cannot tell us either. Isn't it interesting that God shared with Job some of the things that we humans have never seen until the last 50 years or so?

Job 38:5  Who has set its dimensions, for you know? Or who has stretched a line on it?

Oh… yes! God stretched a line around the Earth's middle and we can see it from space. Job didn't have the faintest notion what the line meant. He could not see the “big picture” that we can see by turning on NASA channel.

Job 38:6  On what were its bases sunk? Or who cast its cornerstone when the morning stars sang together, and all the sons of God shouted for joy?

Nothing. It hangs in space tethered by something completely invisible called gravity. So many people say they can't put their faith in something they can't see or hear or feel or touch. Yet, everyday they get out of bed and faithfully put their feet on the ground, not the ceiling. They set their coffee cups on the table and it stays there. It doesn't take much faith to do that because gravity is a constant effect. And God created gravity. God anchored earth to the sun in just the exact distance from the sun for wonderful displays of temperatures and seasons. He cocked the earth at just the right tilt for the perfect seasonal growth of our food. It is something that couldn't have “just happened.” 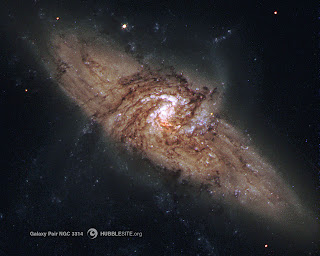 Job was a herdsman, albeit very rich, but he did not have a Ph.D. from MIT. We humans know the answer to this question, I learned it in 11th grade science class or in physics class, but knowing it doesn't give us greater insight to God's personality. Yet, we can see so clearly how meticulous and careful He was to make our environment just exactly right for our growth and health no matter where we live.

Job 38:8  Or who shut up the sea with doors, when it burst out; it came forth from the womb?

Lots of archeology evidence of the Great Flood. Lots of historical accounts of it dating before Moses. So, therefore, Moses must have copied the story from other sources, right? No.

Job 38:9  When I made the clouds to clothe it, and darkness its navel-band; and I broke My limit on it and set bars and doors; and I said, You shall come to here, but no further; and here your proud waves shall be set?

Tides, ebbs, moon's gravitational pull. Science explains to us what God means by bars and doors and waves being set. It is only from other forces such as earthquakes that the waves set is pushed back beyond the normal high tide. But there is a door and a bar where the water cannot go beyond. Only God did that during the Flood, and He closed the door of the Ark so that Noah and family would survive.

Job 38:12  Have you commanded the morning from your days, and caused the dawn to know its place,

We have pictures from space of the dawn/dusk boundaries, and the boundaries of the seas, the cloud covering, the “navel-band” of darkness.

We have pictures from 4 miles under the ocean's surface that depict mountains and trenches of the seabed, and indeed man has walked the ocean's depths… but only recently.

In the pictures from space only 200 miles from the earth's surface, a human being cannot be discerned, and cities look like splashes of light. As gigantically tall as the tallest building in the world is it isn't visible from the window of the space station.

And yet, God loved us so much that He gave His only begotten Son so that whosoever believed on Him would never perish, but would have life eternal.